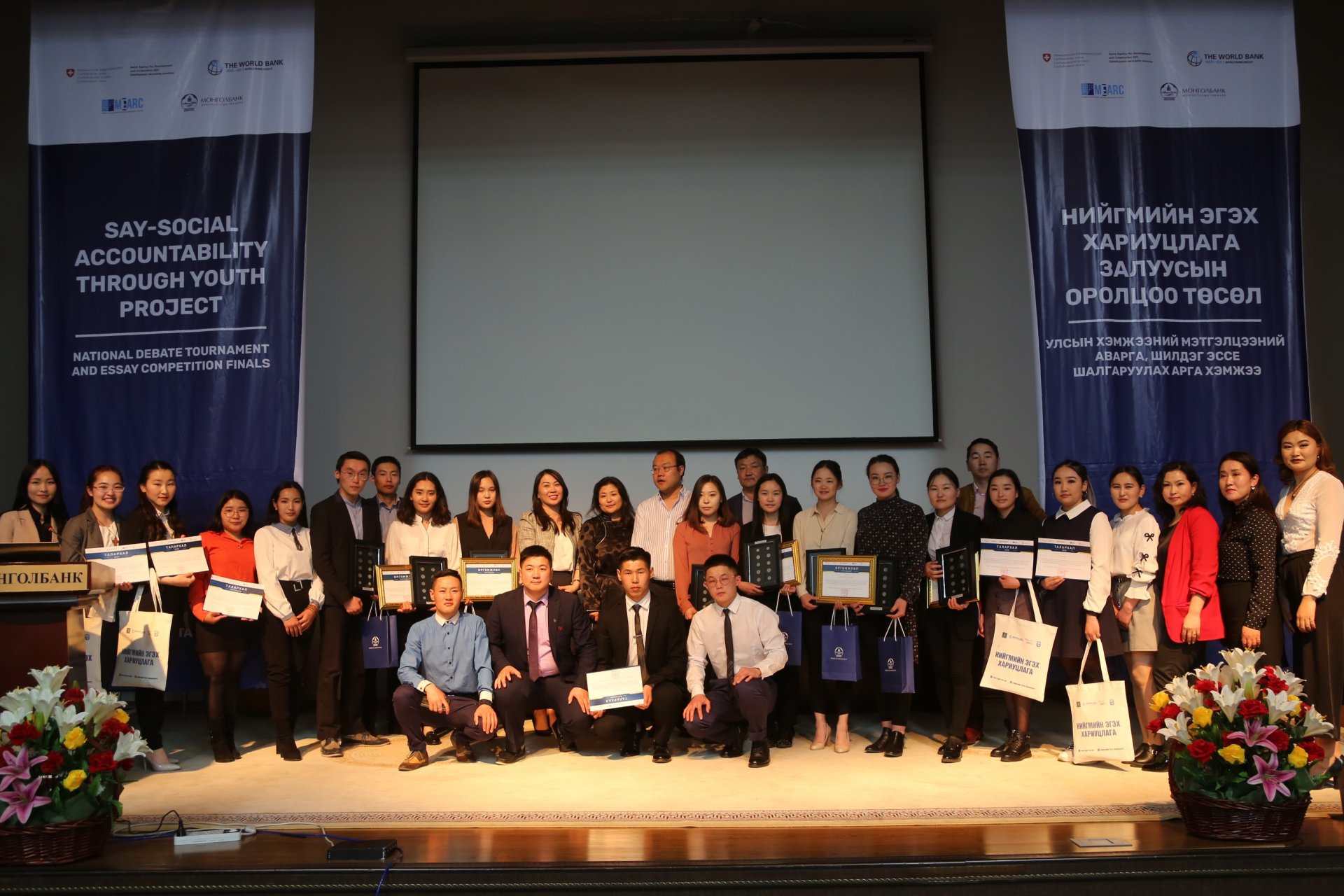 Mongolian Economic Analysis and Research Center has implemented SAY-Social Accountability through Youth (SAY) project as part of Mainstreaming Social Accountability in Mongolia (MASAM) project of the World Bank Group since November, 2018. The MASAM project aims to mainstream social accountability for more transparent, accountable and effective public resource management at national and local levels. Jointly funded by the Swiss Agency for Development and Cooperation and the World Bank Group, the MASAM project (2015 to 2019) is being implemented in 10 provinces and 3 districts in Ulaanbaatar.

The purpose of the SAY project, the sub project of the MASAM, is to increase awareness and engagement of youth in social accountability by directly engaging youth, especially in rural areas. The project aims to create awareness of and spark interest in Social Accountability concept and initiatives among Mongolian youth through public lectures, knowledge sharing activities, and promotion of the youth debates and academic conference.

The project team has organized 11 public lectures at 5 universities in Ulaanbaatar city and at 7 universities in 5 provinces over the six months of the project period. Lectures were delivered by prominent technocrats and policy makers working in national and local government and think-tanks; and academia and representatives of CSOs. It served as a call for the ensuing debate as well as essays. Moreover, 7 debate tournaments were organized at university levels and an essay competition was organized among all the youth of Mongolia. A total of more than 1000 students participated in the project and 77% of them were female.

The closing ceremony of the SAY project and the national debate tournament and essay competition, the final event of the project, took place on the 8th of May, 2019 at the Bank of Mongolia conference hall. National essay competition finalists presented their essays and university level debate tournament champions competed against each other for the national championship. A total of 31 students from universities of 5 provinces, Khovd, Khuvsgul, Dornod, Darkhan-Uul and Orkhon provinces, and Ulaanbaatar city participated in the final event of the project. The representatives of the World Bank Group, the Swiss Agency for Development and Cooperation, the Bank of Mongolia, the Ministry of Finance and universities attended the event.