The role of government policy in the renewable energy sector: The case of Mongolia

Government of Mongolia has been making a progress in its efforts to reduce greenhouse gases emission and to meet global climate commitments by increasing the share of renewable energy in its total electricity production. 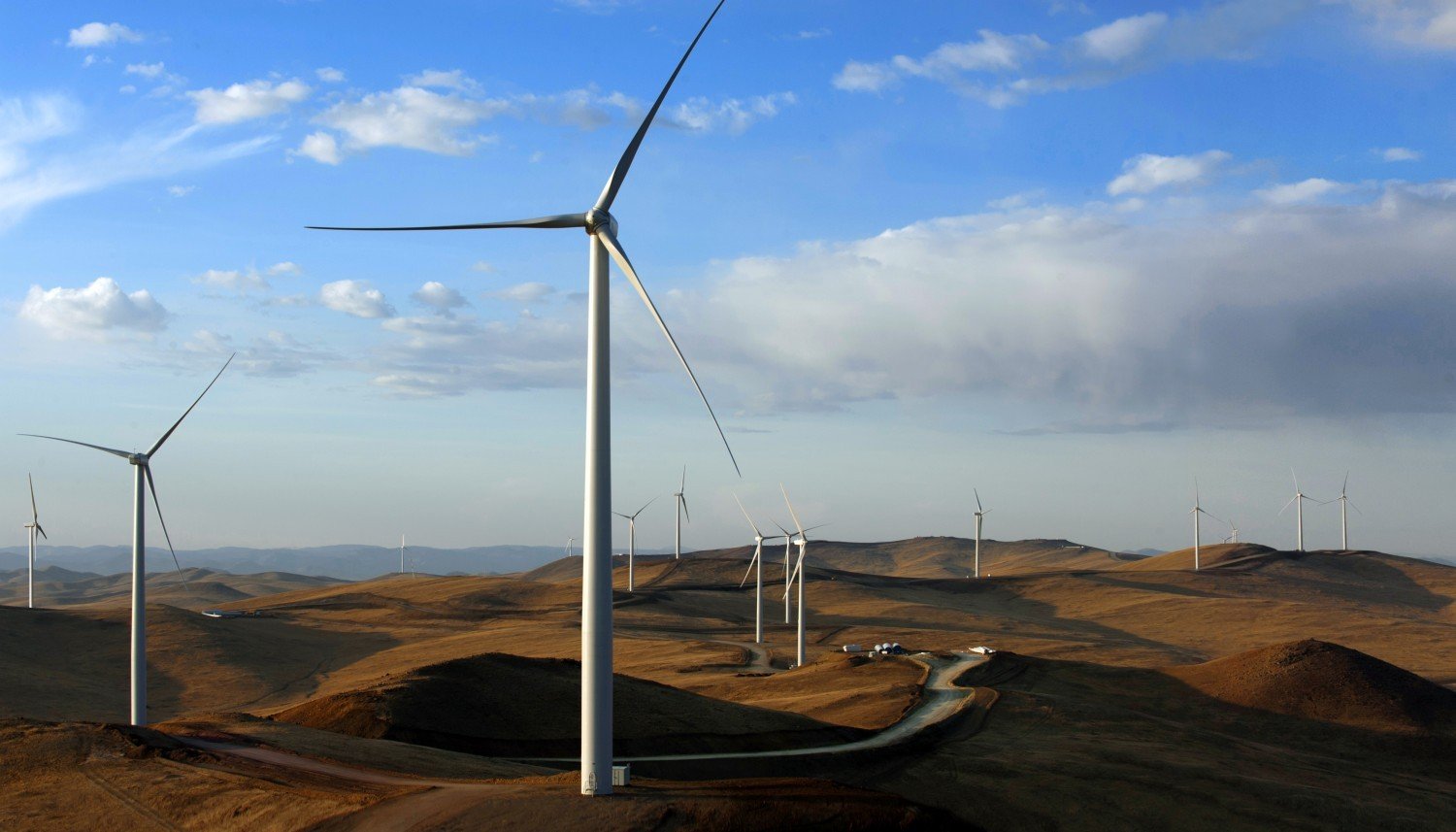 Government of Mongolia has been making a progress in its efforts to reduce greenhouse gases emission and to meet global climate commitments by increasing the share of renewable energy in its total electricity production. As of 2018, 18% of the total installed capacity of power generation of 1334.4 MW is from renewable sources, up from 7% in 2014 (Energy Regulatory Commission of Mongolia, 2018). Mongolian government understands the importance of policy framework in the development of renewable energy sector and passed the Renewable Energy Law in 2007 which established the proper foundations to appeal solid investments. The regulations related to tariff system and power purchase agreements have been amended in June, 2015 amid changing circumstances. Furthermore, the parliament of Mongolia approved the National Renewable Energy Program 2005-2020 in 2005, and adopted the State Policy on Energy Sector in 2015. Both of the policy documents aim at faster deployment of renewable resources. The revised renewable energy targets would increase the contribution of renewables to 20% of total installed power-generation capacity by 2020 and 30% by 2030 (Ministry of Energy, Mongolia).

Mongolia is dependent on coal as the main energy source and estimated to have more than 160 billion tons of geological reserves of coal. However, environmental costs related to the coal fired thermal plants have been too high, especially in urban centers and mining regions. The capital city Ulaanbaatar, which is home to half of the population, was named as one of the five most polluted cities in the world (The World Health Organization). Fortunately, coal is not the only energy source that is abundant in Mongolia. Mongolia has enormous wind, solar resources along with some hydropower potentials. Electricity output from the country’s solar and wind resource alone could reach 15,000 terawatt-hours per year. According to the National Renewable Energy Center, Mongolia’s total renewable energy capacity could reach 2.6 terawatts, a potential for an enormous resource base. Mongolia’s solar and wind potential from the Gobi Desert could be the basis for the nation’s power generation and further exports (Renewable Readiness Assessment: Mongolia, 2016).

Mongolia’s first utility-scale non-hydro renewable energy facility project, 50 MW Salkhit wind farm near the capital city Ulaanbaatar, was started in 2011 and commenced in June, 2013. The European Bank for Reconstruction and Development (EBRD) and FMO, the Dutch development bank financed the project, marking the first substantial investment in the Mongolian renewable energy sector. As a result of the project, coal usage will be decreased by 120 thousand tons, CO2 emissions will be offset by 180 thousand tons and 1.6 million tons of fresh water will be saved annually. The second wind farm, the 50 MW Tsetsii Wind Farm, opened in October, 2017 in the southern part of the country. Clean Energy Asia, together with its shareholders Newcom and SB Energy of the SoftBank Group built the wind farm with financing of Japan International Cooperation Agency (JICA) and EBRD. The wind farm will offset 230 thousand tons of CO2 emissions, save 1.2 million tons of fresh water, and reduce coal usage by 180 thousand tons annually (Newcom Group, 2017). The third privately financed wind farm in the country, the 55MW Sainshand Wind Farm, has received a US$ 120 million project financing package from a group of international investors and financiers. Located 460km south-east of Ulaanbaatar, in the desert, the project is sponsored by ENGIE, a French private energy company; Ferrostaal, a German project developer; the Danish Climate Investment Fund (DCIF); and a Mongolian entrepreneur. Long-term financing comes from two international organizations: the European Investment Bank (EIB) and the EBRD. The wind farm, launched in September of 2018, has the capacity to produce enough electricity to cover 50,000 household needs and prevent 200 thousand tons of CO2 emissions. These projects are just the tip of the iceberg compared to 1100 GW of wind farm potential of Mongolia.

Mongolia is considered as the “Land of the Eternal Blue Sky” with over 300-330 sunny days a year with an average sunlight duration of 2250-3300 hours which is available in most of the territory, a favorable condition for solar farms. Mongolia’s first large-scale solar power plant, with a capacity of 10 MW, was installed in the northern province, Darkhan-Uul in January 2017. It was built by Japanese company, Sharp corporation together with Mongolian company, Solar Power International and Japanese firm Shigemitsu Shoji.,Ltd, The project will prevent about 14.7 thousand CO2 emissions. The same companies’ consortium built the second large-scale solar PV plant in the Economic Development Zone of Zamyn-Uud, in the Dornogovi province. The project was partly financed by funds from the Financing Program for JCM Model Projects under the Joint Crediting Mechanism, which is operated by the Ministry of Environment of Japan.

In response to government’s intention to increase renewable energy, the number of wind and solar projects in the pipeline is growing. 15 MW solar project is to be built in the Khushig valley, in Tuv province with the financing of the Asian Development Bank (ADB) and Leading Asia’s Private Infrastructure Fund (LEAP). Moreover, the Canadian Climate Fund for the Private Sector in Asia will back the fund by an additional technical assistance grant. EBRD, alongside Triodos Investment Management and FMO Dutch Development Bank will provide a US$ 30.7 million loan to finance the construction and operation of Mongolia’s largest utility-scale solar plant- a 30 MW project to be located in the Gobi Desert region, around 450 km south east of the capital city. The first distributed renewable energy project is underway with the financing of ADB, Strategic Climate Fund and Japan Fund for the Joint Crediting Mechanism as well. As part of the project, 40.5 MW distributed renewable energy system using solar photovoltaic and wind powers with advanced battery storage technology and energy management systems to supply clean and reliable electricity to sparsely located residences of western Mongolian towns. This could substitute the electricity imports from neighboring countries. Meanwhile, the project will also showcase a 500-kilowatt thermal shallow-ground heat pump system, which will supply pollutant-free space heating in public buildings. The total cost of the project is US$ 66.22 million, with Government of Mongolia contributing US$ 5.62 million. It is expected to be completed by 2023

Furthermore, the State Policy on the Energy Sector provides strategic guidance to transform Mongolia into a renewable electricity exporter within two decades. By then, neighboring countries should be able to receive power from Mongolia through high-voltage direct current (HVDC) transmission line. Mongolia sees the opportunity to become a regional renewable energy exporter amid rising demand for cleaner energy sources in China and other countries in the northern Asia. The notion of exporting renewable power from the Gobi Desert through the Asian Super Grid (ASG), a concept first proposed by the Chairperson of Softbank group, is attracting increasing interest from investors and developers. Mongolia, Russia, China, the Republic of Korea (South Korea) and Japan will be connected by the grid.

Although renewable energy projects have been successfully implemented for the last decade and future prospects look promising, significant challenges still remain in the sector. In order to support the sustainability of the sector development and the efficient functionality of the current renewable plants and to fully capitalize on the export opportunities, Government of Mongolia should address the challenges promptly. According to the World Bank, the legal arrangements “were made without proper consideration of the ability of the power grid to absorb this much variable power and without regard to the ability and willingness of electricity consumers to accept the necessary tariff increases.” Despite energy demand doubled for the last decade, Mongolia has seen little investment in its power grid, detracting new energy sources to reach end customers efficiently. It is also making it difficult for the licensed developers to establish their plants. Current energy tariff system is arranged in a way that the price for electricity per kilowatt-hour for the end customer rises as the renewable energy supply increases, an arrangement that should be altered if Mongolia wants to substantially increase its renewable energy production and usage. Moreover, in order for the potential of the super grid to be realized, all implications must be carefully studied. The size of the Gobi Desert and high upfront costs entail considerable technical and political and socioeconomic challenges beyond the ASG’s preliminary phase.

Increasing the penetration of renewable energy in the energy system of Mongolia will not only ensure ecological balance but also improve the economic efficiency and build the energy security of Mongolia. With the increasing demand of energy due to high pace of urbanization and industrialization, Mongolian government should take initiative to build stronger grid connection, both domestic and cross border, and create more sustainable tariff environment to fully capitalize on the vast renewable energy resources of the territory.